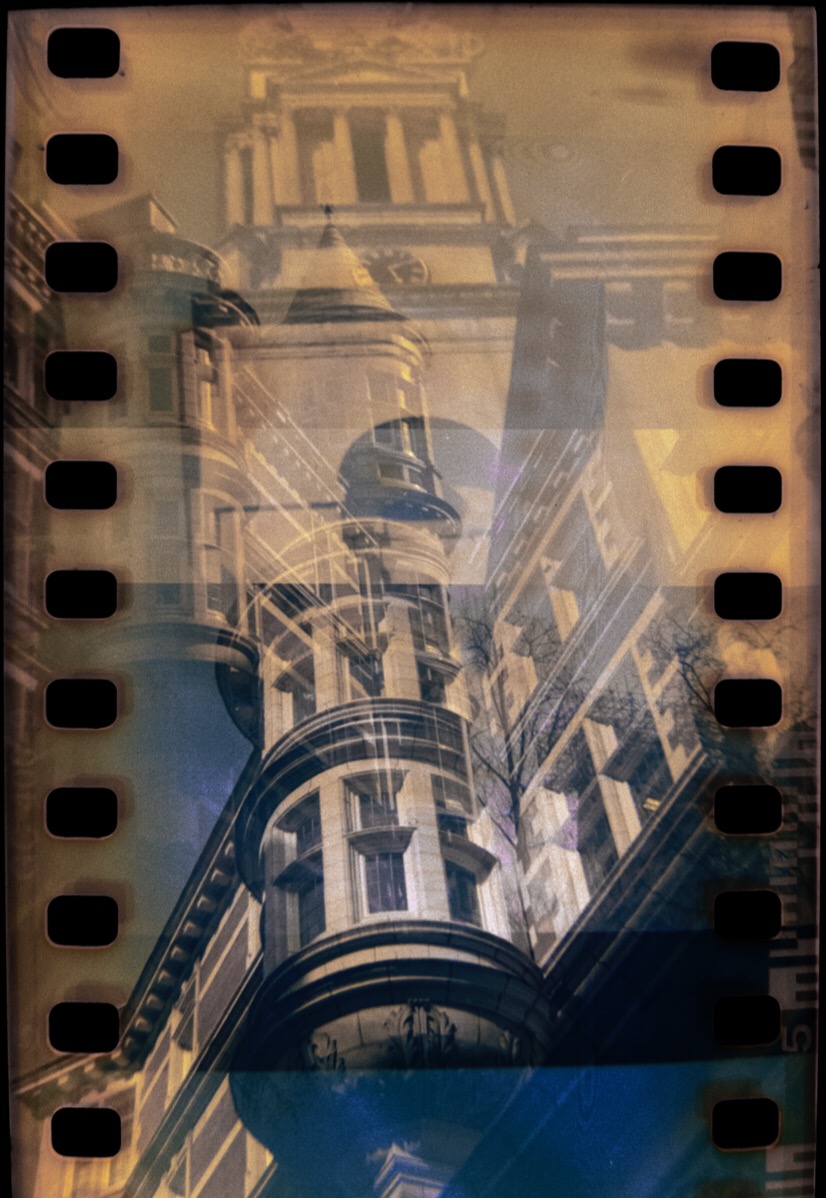 I had some film developed recently. As a cost cutting exercise instead of having the lab scan my films I had them done process only and have digitised them at home with my Lightbox and Nikon P7700.
The above image is of Sicilian Avenue and St George’s Church, Bloomsbury, in one shot.

These images I took around the Holborn area earlier this year. I used my Billoa Bella 44, a vintage 127 format camera, that I loaded with 35mm film so I could expose the whole width of the film including the sprocket holes. I have five more rolls to send away, a mix of mine and my daughter’s shooting, so the Lightbox won’t be going cold for a while yet……