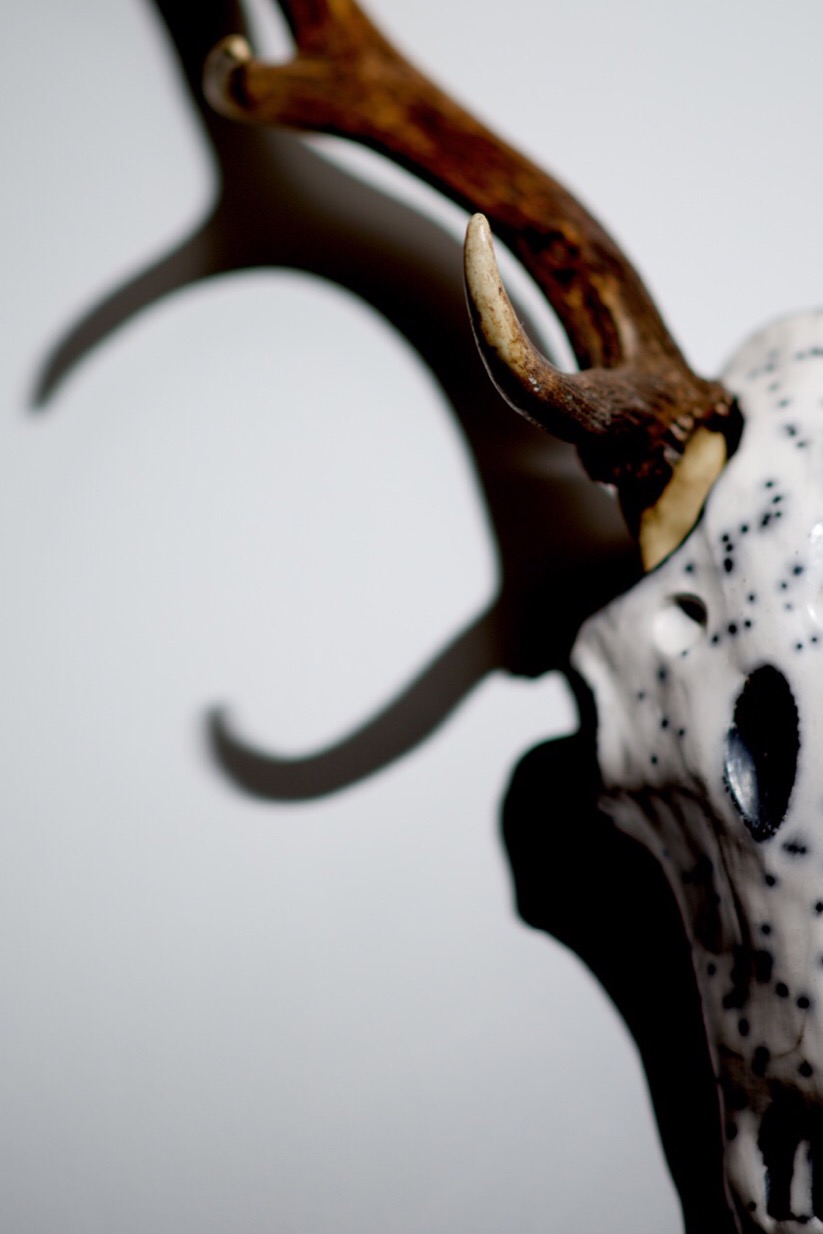 So with the start of 2016 came the decision too upgrade my kit. Trade in some old kit and get some new.

I am now the proud owner of a Nikon D810 and an 85mm f1.8 lens. The first thing I did as I unpacked was take photos of the stuff. Then I moved on to taking photos with it.

The image up top, of deer antlers and a Raku skull, I took using the new kit, plus my Gadget Infinity flash gun and trigger.
Below are the two pieces of equipment:

The 85mm is a prime lens, which I prefer to zooms as I think the sharpness is more pronounced in the captured image. All my film cameras carry primes and I think it may be time too get the catch on my F100 fixed so I can use my Nikon primes for film shooting.