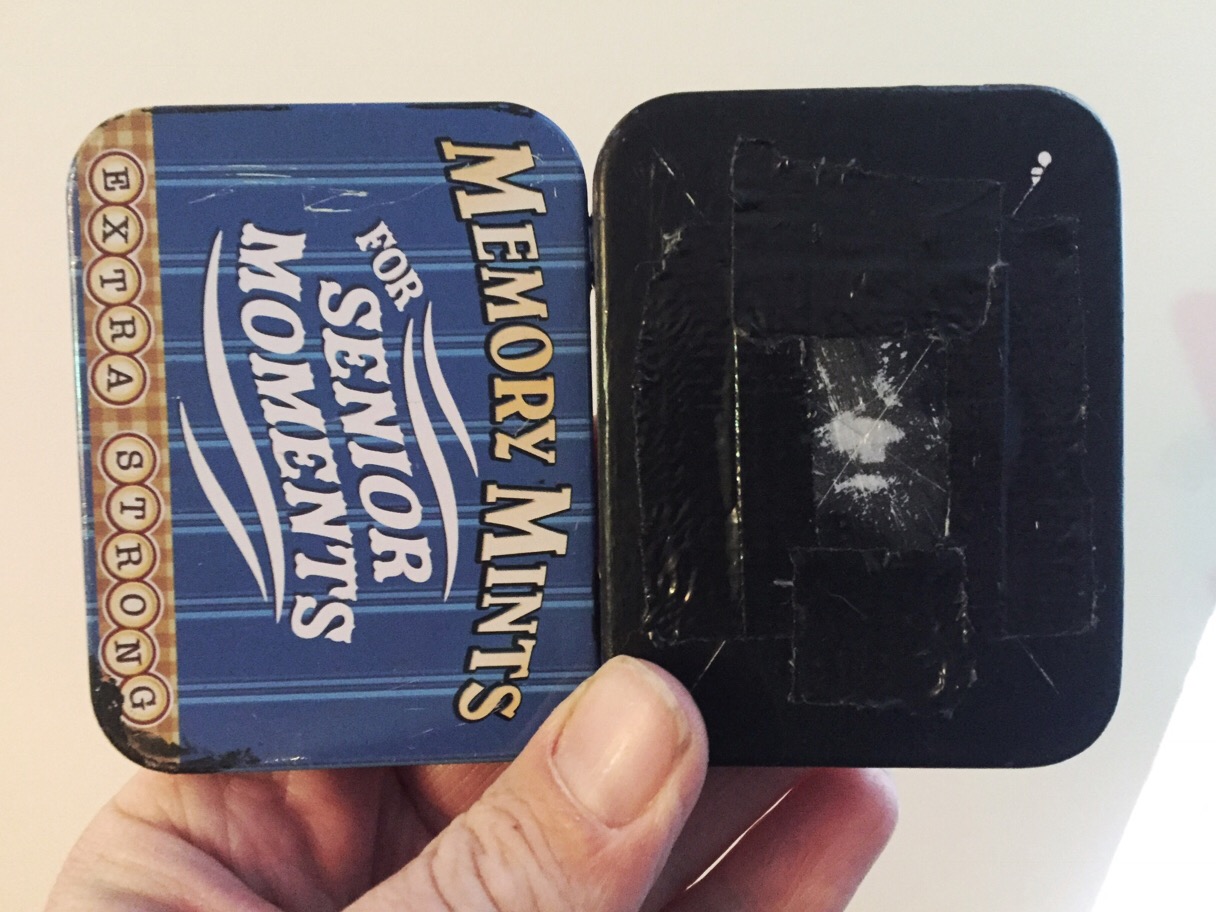 Back in the day, 2011 to be precise, I made myself a pinhole camera. That’s it at the top of this post, constructed from a mint tin.
I had no idea what I was doing, I just forged ahead with enthusiasm.
I only made three images, and then my (at that point already old) chemicals went off. I found out that they were off when the fourth image I exposed didn’t develop. A sure sign.
And so the pinhole project fell dormant.
These are the three images I made back then, I have trawled the Van de Velde Photography archives to bring them to light: I also made some photograms at the same time. Unfortunately most of these I have not managed to find, they will surface at some point I have no doubt.

What I did not know at that time was the closer the pinhole is to the film plane, the wider angle it will be. The Mint Tin pinhole is no more than 20mm deep at the maximum. As you can see, the three images are as good as fisheye.
The new pinhole project – Ceramic Pinhole – has a focul length of approximately 130mm and so will be coming on for a zoom lens, a complete opposite to Mint Tin.

The dreamy world of pinhole images has fascinated me for a long time, and I always regretted not doing more six years ago.
Now that dreamy world I am re-entering, Project Ceramic Pinhole is coming together slowly but surely. The glaze is on standby and I will be one step closer to exposures that are hours long.