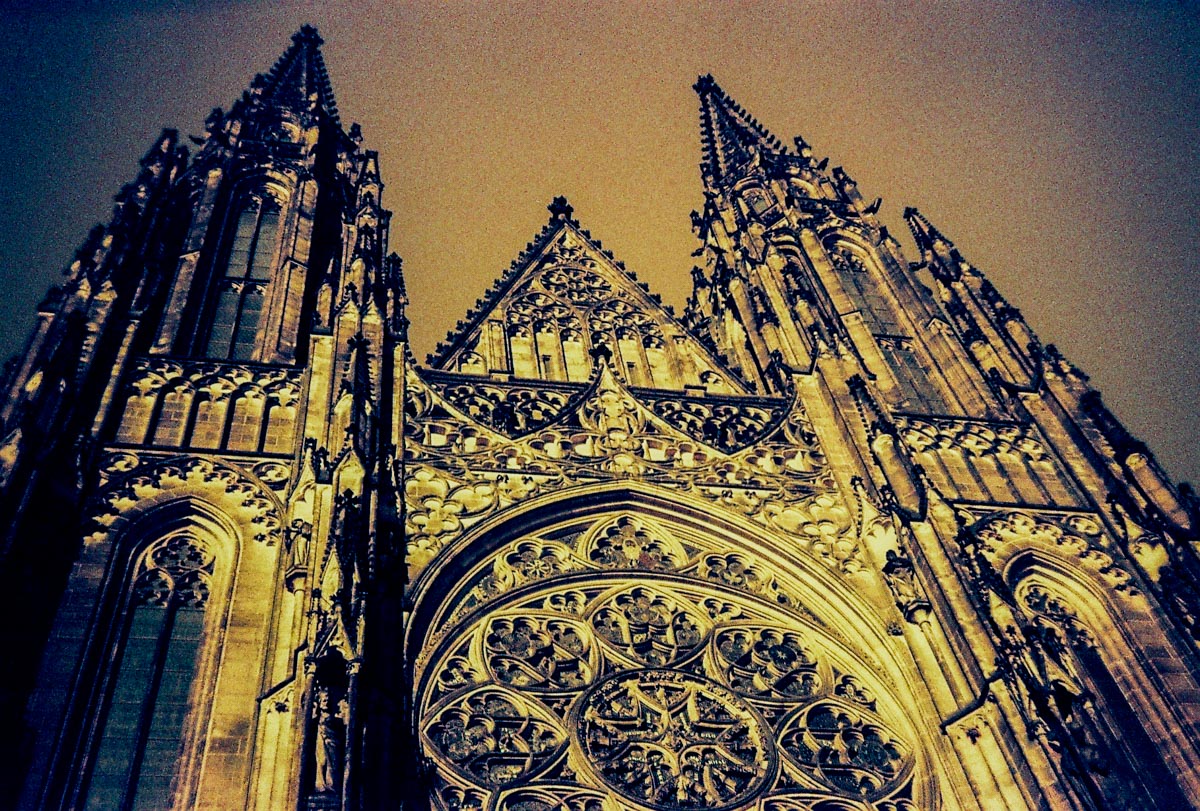 As I have already posted, I shot Prague recently, on film and digital.
The above shot is of St Vitus Cathedral. On the River Vltava

The film was shot in my Olympus 35RC – a camera I am increasingly falling in love with more and more. My approach to shooting film on holiday is to try and take a whole roll of different subjects. On digital I may take two or three shots of the same subject, but on film I try to make each of the 36 frames it’s own image. The City Viewed From Prague Castle

I also got a usable image from each frame as far as exposures go, but there’s a couple where it looks like I just forgot to focus.
School Boy Error. I shot a roll of Fujifilm Velvia 50 and respooled it backwards for that Redscale look that I love so much.
I had the roll developed at Silver Pan Film Lab I don’t know when I’m next due outside the country, never mind due back in Prague, but the next holiday I’ll be packing Redscale – as for the camera? I love the 35RC, but there’s a queue forming in the camera cupboard……